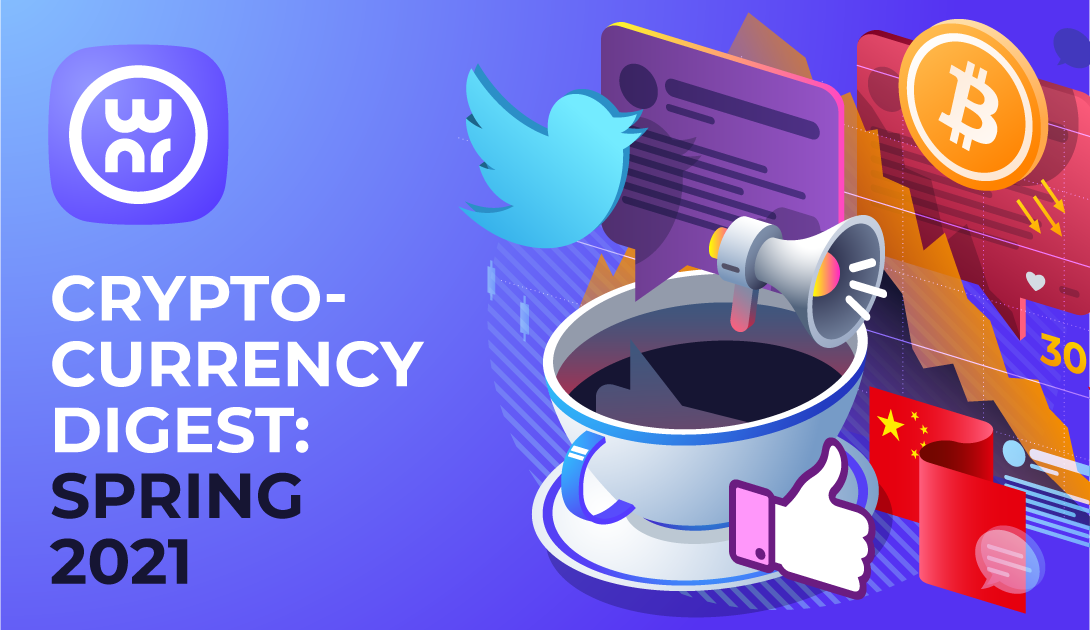 Spring of 2021 was full of events and has been somewhat tumultuous. Let’s take a look at some key happenings in the world of cryptocurrency and blockchain.

In early May, the prime minister of China called on tighter measures to regulate cryptocurrency mining and use. That is why several big mining companies stopped their operations in China. Among them - BTC.TOP and HashCow.

A few times this spring, Elon Musk has managed to almost single-handedly wreak havoc on the cryptocurrency market and receive much publicity. After he tweeted a sandstorm with a dog face photoshopped over it, the Dogecoin price went up by 34% in a day. The second time was when Tesla discontinued support of BTC payments its support of bitcoin payments, that leaded to BTC being dropped in price.

The aforementioned events were among the reasons for the decline in value of BTC. Altogether, bitcoin dropped from its $67K in April down to $30K on May 19th.

The year 2021 has seen a mostly bullish trend for cryptocurrencies, so the cryptocurrency market cap hit the $2 billion mark in early April, which is very close to Apple’s market cap.