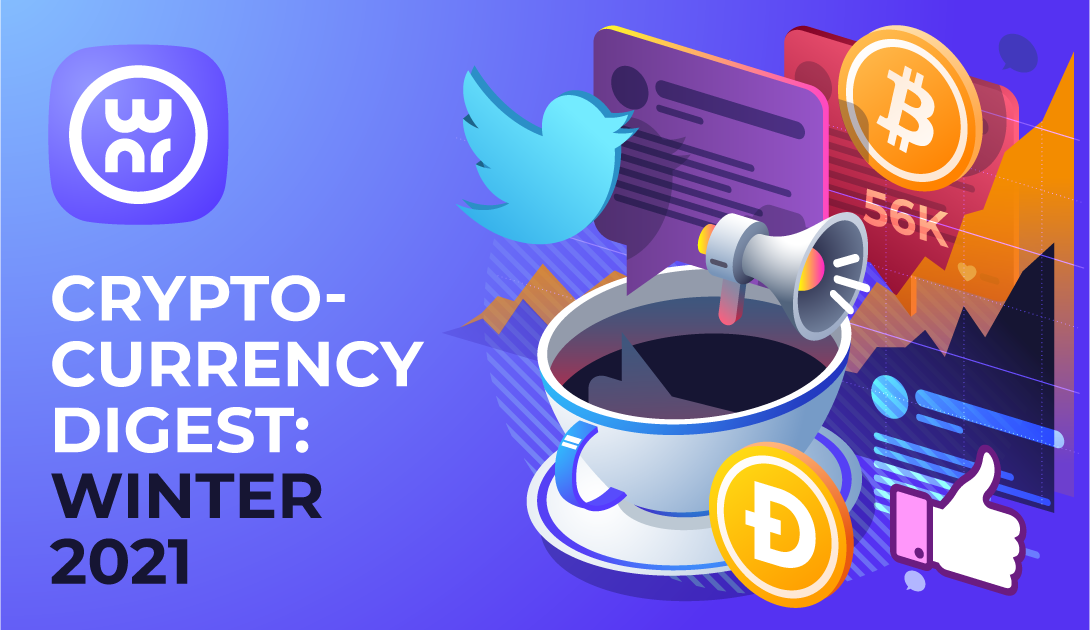 Bitcoin has continued its astonishing bull run, reaching as high as $56K per coin in late February. This unprecedented growth has drawn a lot of mass media coverage and general public attention. A few things factor in bitcoin’s recent skyrocketing growth and one of them is Elon Musk’s twitter. He announced that his Tesla corporation had invested $1.5 billion in bitcoin and also now accepts bitcoin payments. This literally made the cryptocurrency markets explode, starting a chain lightning sequence of events.

This news, coming not long after Coinbase purchased $500 million worth of bitcoin in late December made many experts speculate which business giants would be next to invest into the most popular cryptocurrency. Experts agree that if a company such as Apple would make a cryptocurrency investment, this would drive the said cryptocurrency price totally through the roof, but would also allow such companies to make several billions with just a few mouse clicks. However, traditional business experts, such as JP Morgan, claim that most companies would be still hesitant to invest because of bitcoin’s continuous high volatility.

Monero community immediately addressed Musk and asked him to extend Tesla’s cryptocurrency payments support to XMR. Bitcoin’s market cap jumped up to become bigger than that of Tesla itself and bigger even than some countries’ currency mass, for instance, the Russian ruble. This largely contributed to the general market cap of the cryptocurrency market exceeding that of Google by mid February.

The next industry giant to announce cryptocurrency support was Mastercard. Following in Visa’s steps, in mid February they announced that they will not just be using Wirex and Uphold but their own network to operate cryptocurrency cards. Card holders will be able to pay with cryptocurrency at various points of sale where Mastercard cards are accepted. However, the exact date of when this will happen is still to be announced.

Elon Musk’s twitter became the talk of the day again when after several tweets about Dogecoin, a cryptocurrency created as a joke a few years back, its price started to grow exponentially and even instigated a subsequent SEC investigation. Many experts, such as Bitcoin Research Lab, speculate in most serious terms how Elon’s tweets singlehandedly move the cryptocurrency market, especially after his single tweet of the word Doge under a picture of a rocket over a moon background, brought the Doge price up by 45%.

While some cryptos, such as Bitcoin, Ether, and Doge, are on the rise, others haven’t been so lucky. Ripple’s XRP has experienced a dramatic fall, largely connected with a lawsuit from SEC they have been slapped with. After ripple and its two executives, Christian Larsen and Bradley Garlinghouse had been charged with unregistered securities offering worth $1.3 billion, a few major crypto trading companies dropped XRP, and companies previously working with their network, such as MoneyGram, rushed to distance themselves from all dealings with Ripple. Its price dropped to record lows.