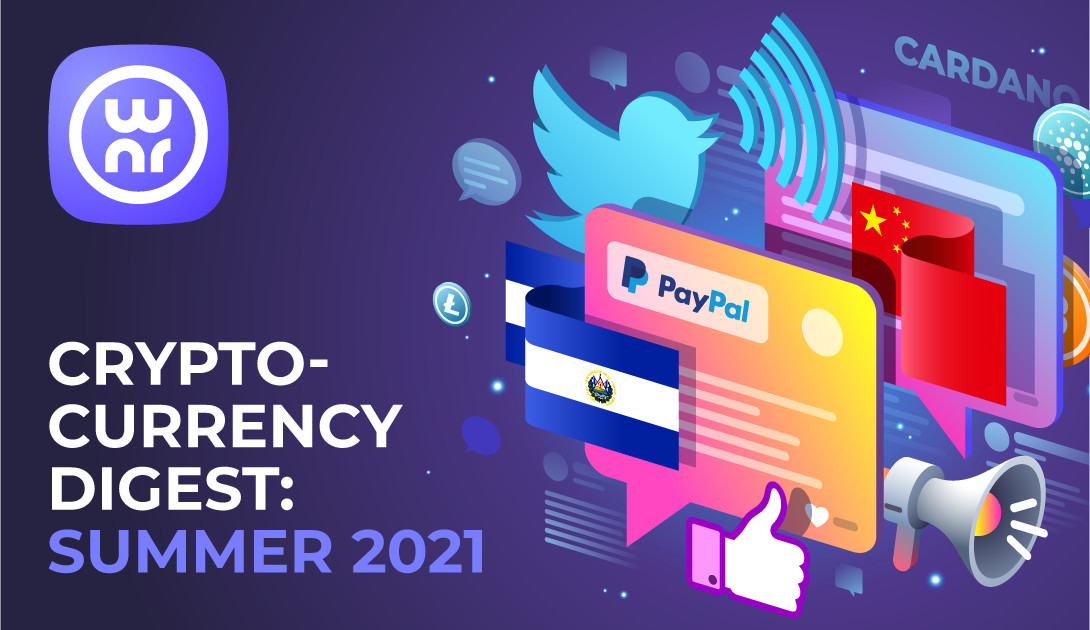 As cryptocurrency edges closer to its prime, there has been tremendous development in the crypto space in the past few months. We have made a round-up of the best crypto news hits from this past summer. And some of the items on this list are very surprising.

Easily the biggest news of the summer, if not the year, this story from CNBC in June has sparked mixed reactions from the public. Of course, bitcoiners were enthusiastic about it, but other demographics have been more skeptical. Even Paraguay and Cuba are reportedly considering following its footsteps.

Also, back in June, there have been many reports about China banning cryptocurrency miners from operating in their providences in a bid to reduce carbon emissions. While this has resulted in some miners closing down, others have responded by moving to other locations, such as Iceland, Norway, and most recently Texas.

UK users of Paypal can now buy cryptocurrencies using the platform. This follows relatively recent news of Paypal launching this service for users in the United States. We hope to see more such openings for crypto by other companies in the near future.

This piece from Yahoo Finance is one of the more surprising stories on this list, whose significance is helped by the Cardano (ADA) coin gaining the 3rd largest volume on CoinMarketCap, behind Bitcoin and Ethereum.

Cardano has made plans to launch a bridge from ERC-20 tokens to its cryptocurrency sometime soon.

Of course, the news that would make even the Cardano updates look average is rumors that Twitter is adding a feature that will allow users to post bitcoin addresses and tip bitcoin to each other using the Lightning Network. There have been allegations that Twitter was shadowbanning Bitcoin addresses in the aftermath of the 2020 heist on the platform, so this makes a good redemption for them.