According to Alchemy, the world's leading Web 3 development platform, there are more than 37,000 dApps on the Polygon blockchain now. This is almost twice as much as in March, and four times more since the beginning of the year.

The number of active teams on the blockchain at the end of July exceeded 11,800 people, while in March there were more than 8,000.

According to Alchemy, 74% of teams are integrated exclusively into Polygon, while 26% are deployed simultaneously on the Polygon and Ethereum blockchains. 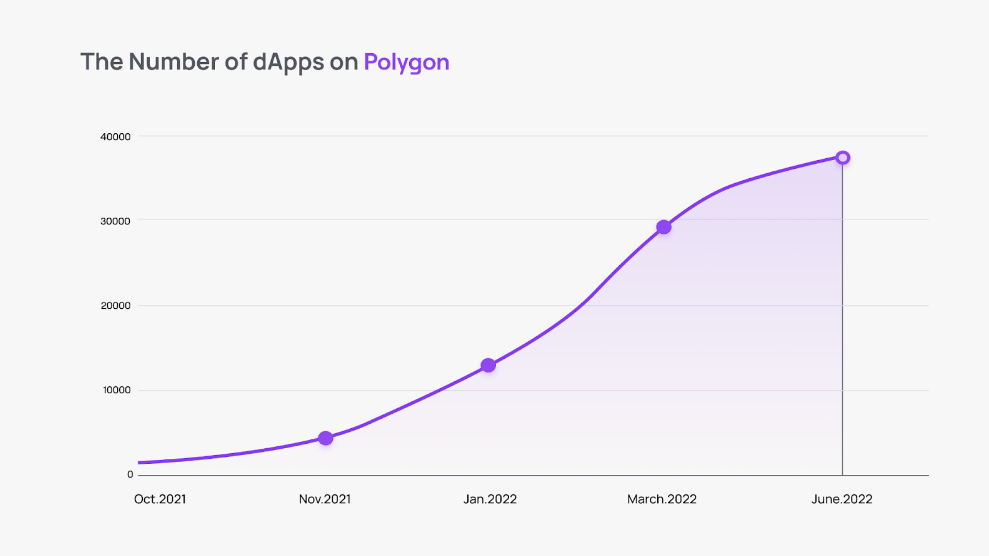 The integration of Polygon in Alchemy has led to a sharp increase in DeFi products and NFTs located on the blockchain.

At the moment, the Polygon blockchain has 142 million unique user addresses with assets for a total amount $5 bln and processes more than 1.6 bln transactions.

Such popular Web3 projects as Ave, Uniswap V3, OpenSea and Lazy.com use the Polygon blockchain. The Polygon ecosystem was chosen by Meta, Adobe, Stripe, Telefonica and Dolce Gabbana as the default gateway for Web3.

Polygon blockchain is actively developing, providing huge opportunities for dApps developers located on it. Along with the number of active applications on the blockchain, the number of blockchain users is also growing, increasing the cost of the internal MATIC token.