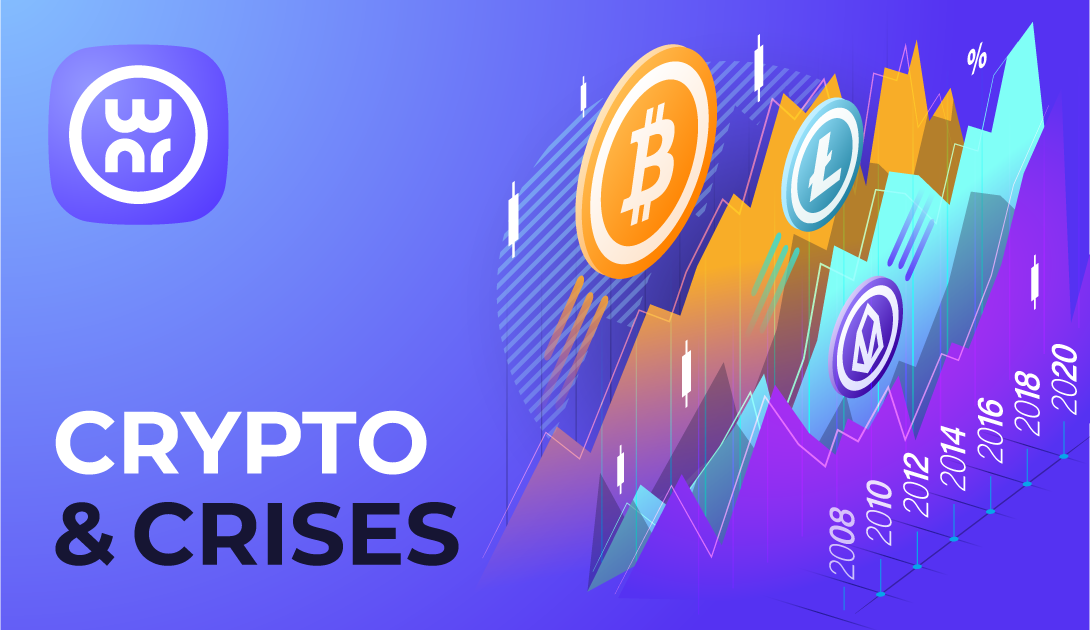 Bitcoin is often called a crisis baby, and indeed, it emerged amidst the debris of the most devastating crisis after the Great Depression of the 1930s, in 2009. 2007 saw the outbreak of the US mortgage system collapse which eventually led to a landslide devaluation of the mortgage-backed securities and eventual bank and stock market crash of 2008.

The crisis, of course, was not an unforeseen one. Some of the reasons had to do with the cyclic development of the economy, but other, more particular problems that had led to it, were evident to the financial world in mid 2000s, when mortgages started gaining popularity and house loans were massively given away to those who couldn’t truly afford them.

It was as early as this, when financial enthusiasts started bringing attention to the problems financial world as a whole, as a system, was facing at the time and still is facing. It was clear that one of the biggest valuables on the market was information. It was also clear that information could be hugely manipulated and thus, couldn’t be trusted. And it was also very clear that there was no good means of transparency. The payment systems, the markets, faced, in a very large scale, the Byzantine generals problem. Which is, at the gist, how to establish trust between the sides for the information about their situation, if neither side can trust the actions of the others or the source of the information.

All these problems have been long-standing enough and the immediate aftermath of the 2008 breakdown wasn’t when bitcoin was conceived, but it did trigger its emergence. But the idea can be traced as early as 1982, when David Chaum outlined the concept of digital money. As early as 1997-1998, the proof-of-work concept was coined, thanks to the Hashcash system. Before 2008, a few digital predecessors of bitcoin had appeared and become history, but paved the way for it.

The question whether bitcoin appearance in 2008 is simply a matter of coincidental good timing, or a direct consequence of the crisis fallout is arguable, but the fact remains: bitcoin essentially solved the Byzantine fault by making data exchange between the participants trustless, decentralized and anonymous.

Since 2008, some 2000+ cryptocurrencies have emerged and a multitude of controversies has been created, but bitcoin seems to be proving a point, time after time. It is often described as a sort of a stand that defies crises and the interdependency of the stock markets and financial institutions, and indeed, those who have been in bitcoin trading for a bit of time, can prove that bitcoin withstands crises very well.

The latest global coronavirus crisis, lockdown and its influence on everyday life, starting from Dow Jones industrial average and to average house income, has seen some of the worst stock market predictions come true. However, BTC price didn’t drop much and very soon bitcoin value was regained. In fact, those who managed to buy bitcoin at its very short-termed low, have already gained more than 100% profit.

Crypto enthusiasts often say that bitcoin’s volatility is it form of stability and it indeed seems so. Its price can be influenced by so many factors, from low-level stock market news and to national-scale government actions, and yet bitcoin remains afloat and kicking. All in all, it looks like an anticrisis stash is gradually evolving from a safe deposit box with hard cash into a bitcoin wallet.