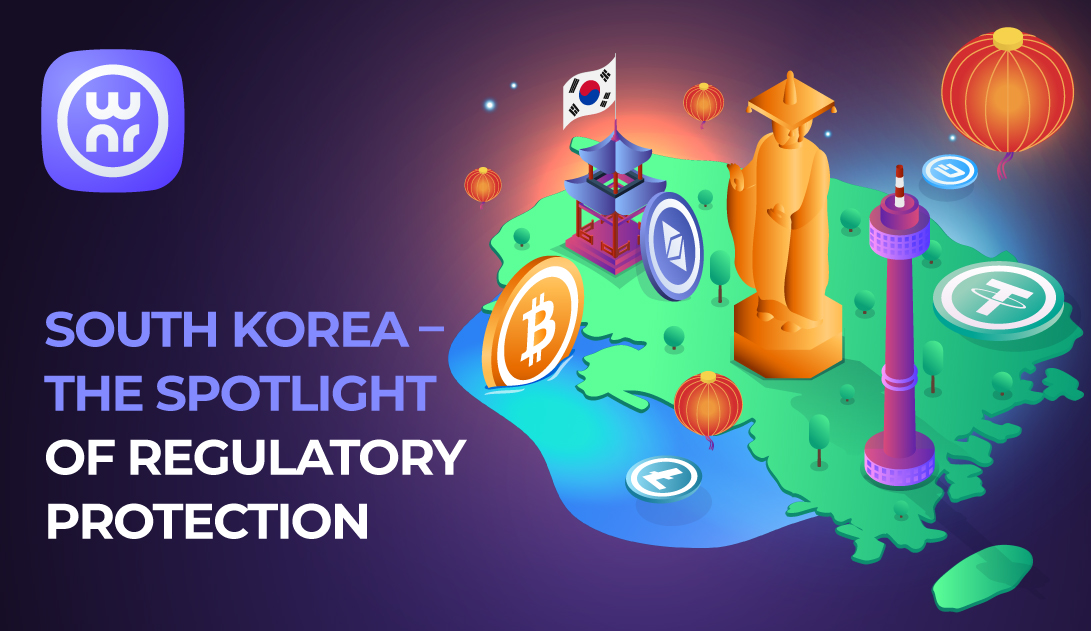 South Korea has the third-largest amount of crypto activity in the world. It is also one of the safest places to use cryptocurrency, thanks in no small part to their government's strict set of laws that define what exchanges are not allowed to do with your money.

Aside from the regulatory development, crypto trading in South Korea has exploded during the past year, increasing by a factor of 12 to bring the country's total share of global cryptocurrency transactions to 9%. The Korean Won - Bitcoin pair is one of the most traded pairs in the country, so much that the value of Bitcoin in South Korea is often greater than global prices.

South Korea's crypto regulations have prepared it for a future where cryptocurrencies co-exist with wire transfers, fintech services, and credit cards as a payment method. These laws mainly were in response to major scandals that have rocked South Korean exchanges 4 to 5 years ago, such as the data breach of Bithumb's internal credentials, resulting in the theft of user funds.

The South Korean government has banned ICOs from being held there. Also, to provide business to South Koreans, all crypto providers must register with the Financial Intelligence Unit organization of the country.

When the South Korean government passed this legislation, they made a window for providers to comply with the registration requirements. The requirements included proof that the crypto provider uses real-name bank accounts for storage.

Although this was challenging for small providers to meet, it ultimately ensured they could not pull exit scams and were held financially accountable. Some providers have gone further and disabled crypto withdrawals to unverified external wallet addresses. It essentially means that users must correlate their wallet addresses with their identification, a trade-off that has emerged as necessary in recent times.

Also, the government had already banned exchanges from handling tokens they issue themselves. It is a move that helps combat manipulation and fraud. Additionally, some service providers such as Upbit voluntarily flagged or dropped support for dozens of cryptocurrencies after discovering the teams were either incompetent or did not have enough liquidity to protect investors.

To ensure that banks do not suffer a significant loss should a crypto provider-client implode, the government mandated that they classify such clients as "high-risk."

OWNR Wallet not only allows you to buy crypto with the Korean Won without additional fees, but it also supplies a comprehensive KYC verification powered by Sumsub to protect the global network of crypto users from fraud and scams. Different levels of verification allow you to purchase higher amounts of crypto, using newly supported national currencies such as Sweden, Croatia, Argentina, and Albania and the original currencies US Dollar, Euro, and Russian ruble. OWNR Wallet will continue to expand the list of supported national cryptocurrencies in the future.