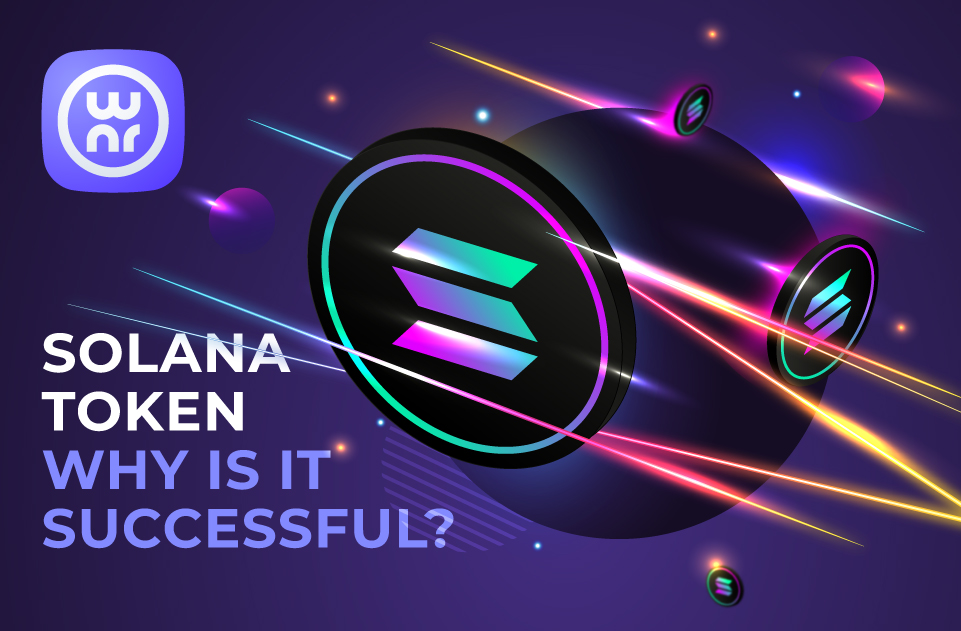 Why has the Solana token been so succesful?

One of the trending cryptos of late is Solana, fairly new yet already worth more than $225 per dollar as of November 03. It has an extremely fast network - it is currently handling almost 2400 transactions per second, but this can easily increase to as much as 50K transactions per second. This scale is due to blocks being generated in just 400 milliseconds - that's much less than most blockchains. Also, the Solana developers managed to keep the transaction fees under $0.01, a penny.

Solana currently ranks #6 by market capitalization, overtaking established coins such as Ripple and Dogecoin and other rising cryptos such as Shiba Inu and Polkadot in the process.

Solana futures have also reached record highs in the statistic of open interest. Simply put, open interest is the total number of futures that are open on an exchange. It is recorded at the end of each trading day. 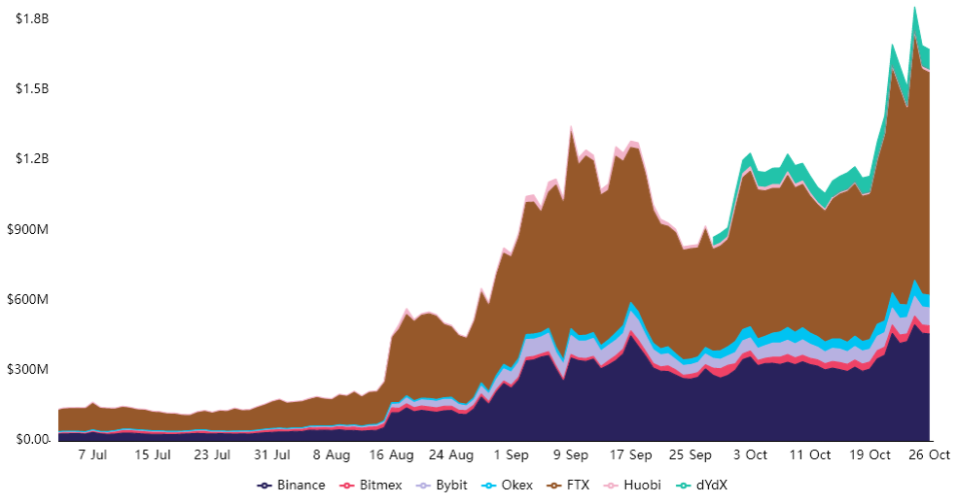 This graph shows that open interest has reached a peak on October 25. The peak value is different on each exchange because of the different levels of futures trading on each one. Some exchanges inherently have less trading activity than others in general.

Even though Solana was hit with a DDoS attack last month, it appeared to have come from bots emitting transactions at a scale of 400,000 per second (Cointelegraph) and not from a large volume of ordinary users. The bot transactions have been blocked from the network via a hard fork executed shortly after the attack.

This is good news because the Solana network can scale up to meet higher capacity requirements as normal users continue to adopt the cryptocurrency.

Also, the number of locked Solana in DeFi systems has increased substantially, from just a few billion dollars worth during last May, across all DeFi systems, to over $13.5 billion over the last few weeks. This is also an important statistic because people are not rushing to unlock their Solana to sell it.

Recognizing that it is an extremely popular cryptocurrency, OWNR Wallet plans to implement support for it very soon.

In OWNR Wallet, your coins are protected with industry-standard security practices, and your private keys never leave your device. That means nobody can obtain the coins in your wallet without knowing the seed phrase and password used because the private keys are generated from the seed phrase. OWNR never stores your seed phrase, private keys, or other sensitive data on our servers.

All wallets created by OWNR are HD wallets, enabling the generation of addresses and private keys for all supported cryptocurrencies using one easy-to-remember seed phrase and password.