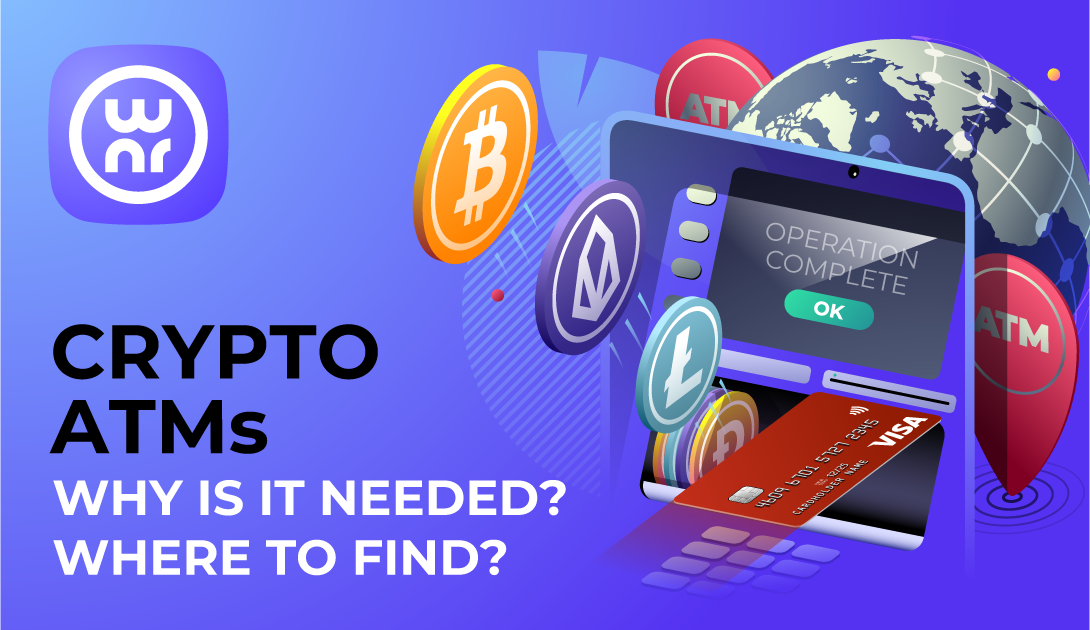 Crypto ATMs. Why is it needed? Where to find?

Most of those, who follow the cryptocurrency world, have heard of Bitcoin ATM machines. Even very few of those who regularly buy and sell cryptos use them. Let’s take a look at what is a Bitcoin ATM, where one can be found and how it is used.

What are BTC ATMs? How does it work?

Bitcoin ATM is an ATM-like kiosk, very much like those which allow you to replenish your cell phone account, access PayPal or other money transfer systems. However, it allows you to buy bitcoin and some other cryptos using cash or a bank card. There are unidirectional and bidirectional machines. They let you buy or buy and sell cryptos. Most of them require users to have a functioning bitcoin wallet to make purchases. A bitcoin transaction will be made to your cryptoaddress.

No KYC or AML is required to transact using a Bitcoin ATM which means it is actually a very good way to secure your identity and privacy. But some ATMs require you to scan your ID documents and may also ask for your phone number for KYC purposes. But this generally happens when you are purchasing a large number of Bitcoins.

The first Bitcoin ATM is considered to be a Robocoin machine opened in a Canadian coffee shop back in 2013. Robocoin are not in use anymore but ATMs have spread largely. The owners of that kind of ATMs have to comply with anti money laundering and KYC regulations. That makes their installation a bit more problematic than a regular ATM. Now there are almost 20,000 crypto ATMs in the world, but they can only be found in 71 countries due to various legal limitations.

One big advantage of a Bitcoin ATM is that a transaction is fairly quick and very safe. But the disadvantage is that their transaction fees are usually 2-2.5 times higher. For instance, an average BTC transaction rate in the US is about 7%, while a Bitcoin ATM in the US would charge you 15-20% on average. That explains why many of those who regularly buy and sell cryptos don’t use them even if they live within a walking distance.

Place and distance are another major issue. The majority of Bitcoin ATMs are located in the US and Canada. There are 17,162 in the US and 1,458 in Canada. A city like New York has almost a thousand working machines, while Moscow has only five. While they are relatively spread in the US, particularly, in the eastern part of the country, in Europe it’s mostly several machines scattered around capitals. In the US and Canada they can be used casually, but in Europe it is mostly an oddity. 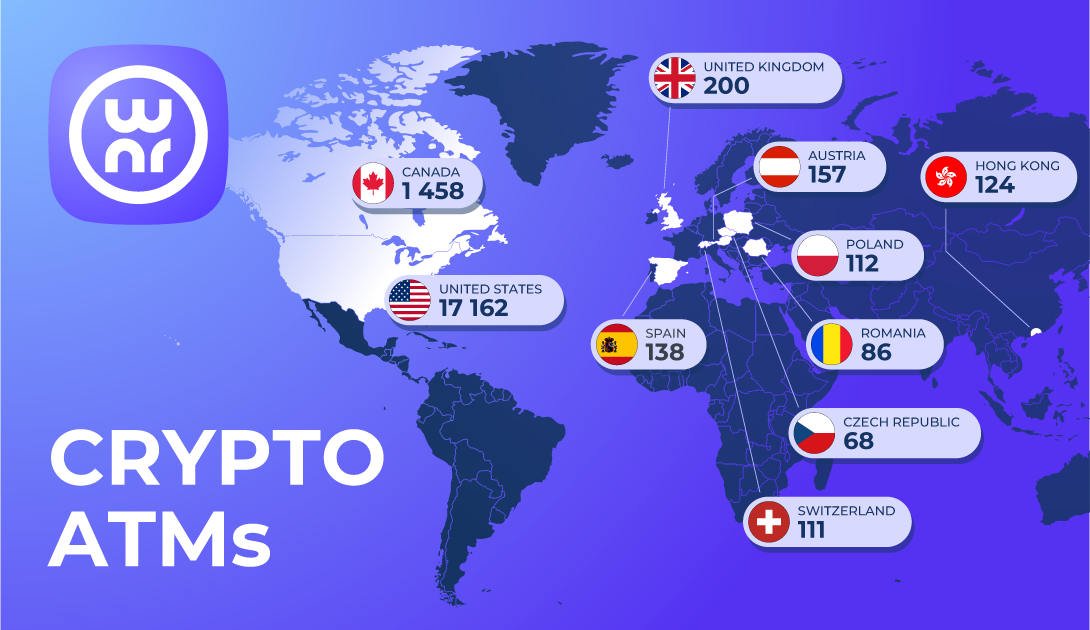 How to locate a BTC ATM near you?

You can find a Bitcoin ATM near you by using the Coin ATM Radar service that provides you the option of searching nearby ATMs using the live worldwide Bitcoin ATM map.