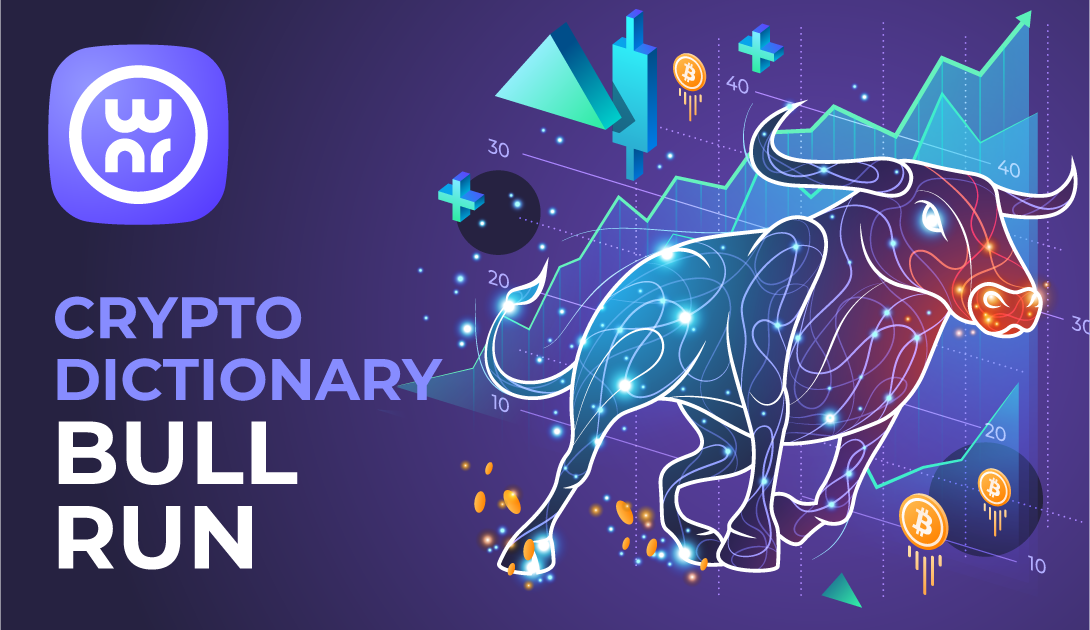 Bull Run, also called bull trend or bull market is a state of market when prices are on a steady rise, investors are feeling confident about the future of assets and the general market climate is favorable. The term appeared in the stock market but is often used for particular cryptocurrencies. A trend is usually considered bull when a cryptocurrency coin gains at least 20% in price.

Cryptocurrency bull runs are characterized by a prolonged upward period after a decline or so called bear trend. Cryptocurrency development is cyclical, so bear and bull trends always follow after one another.

Cryptocurrency market is volatile, so even seemingly innocuous events can cause a bull run for some coins. For instance, Elon Musk’s tweets about Doge coin caused its price to skyrocket in spring 2021.

Bitcoin’s bull runs can be caused by the halving events, bitcoin whales purchasing large amounts of coins. 2021 has been often named a year of a bull on the cryptocurrency market in general. This is proven by the fact that more than 53 new crypto unicorns, or projects with a market cap of over $1 billion have emerged.

Buying cryptocurrency calls or the rights to purchase assets at a fixed price or before a certain date is considered to be one of the best investor strategies for a bullish trend.