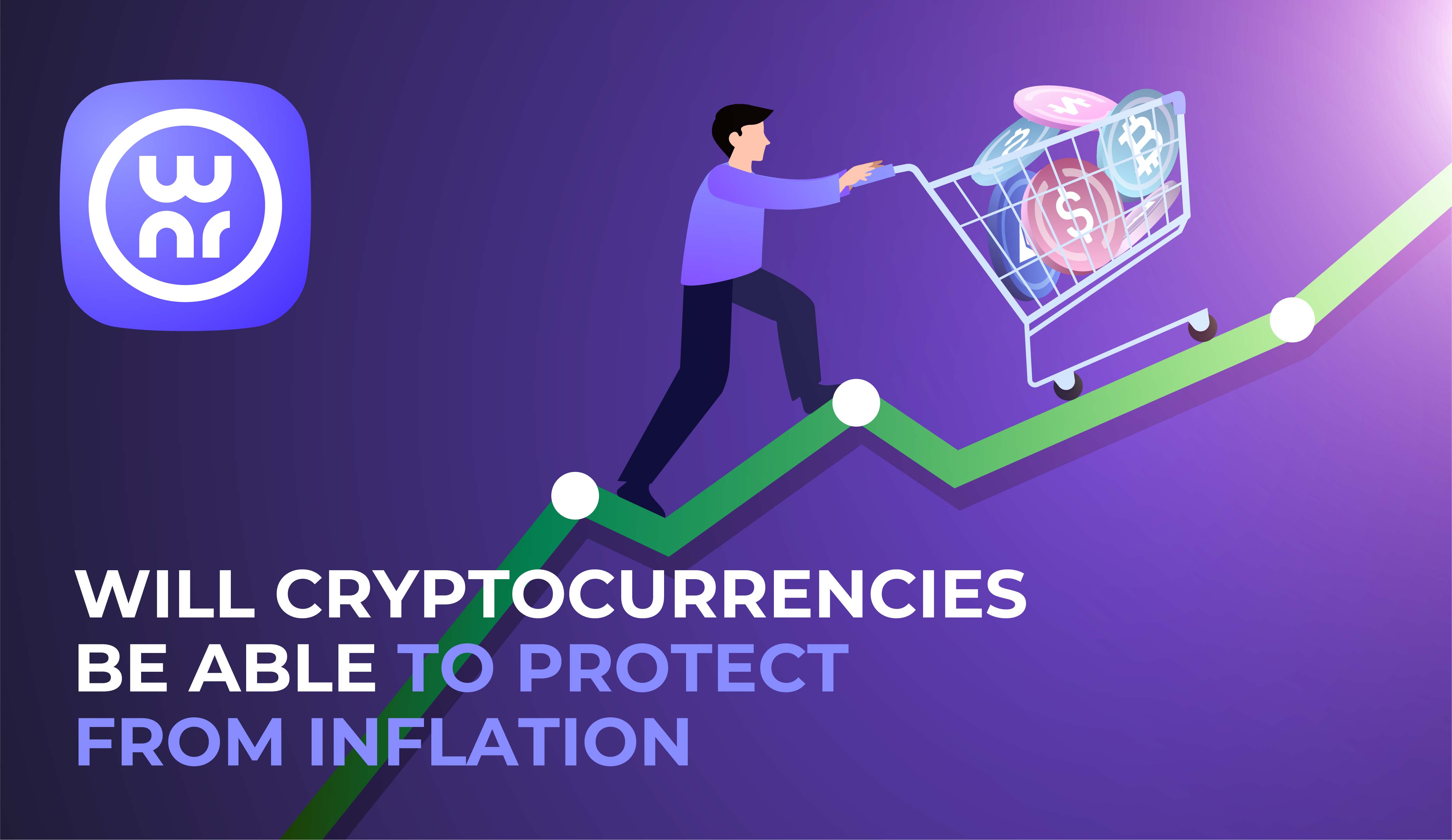 Will Cryptocurrencies be Able to Protect from Inflation?

Bitcoin appeared in 2009 as a response to the 2008 crisis. Bitcoin was created in order to protect holders of cryptocurrencies from inflation.

BTC has a limited issue of 21 million BTC. Every four years, a BTC halving happens and the number of bitcoins mined decreases by 2 times.

Due to these features, theoretically, BTC should serve as a protection against inflation. It is easy to access, its supply is predictable and limited, and central banks cannot manipulate it, as well as control its quantity by issuing new coins and thereby provoking inflation.

Despite the fact that most holders of cryptocurrencies see the future potential of the technology, blockchain technology is still very new and there are many shortcomings in it.

One of the main and most frequently discussed disadvantages of digital assets is their speculative nature.

The second significant disadvantage is excessively high energy consumption and the more popular digital assets become, the more electricity is required for their mining.

An equally important problem is the security of digital assets and their protection from various kinds of fraud and theft. So, this year, more than $1.2 billion has already been stolen on the Ethereum blockchain alone.

There are also many problems with decentralized exchanges and their security, with forced liquidations due to the high volatility of cryptocurrencies and large amounts of blocked funds in DeFi protocols and on CEX exchanges, which causes large losses for investors and traders.

The issue of stablecoins and their backing to the assets with which they are secured has not been finally resolved.

Inflation is caused not just by printing a large amount of money. The increase of issue of an asset does not automatically lead to a decrease in its value.

Inflation is much more related to public distrust of the central monetary system.

The lack of trust, combined with rising prices, shocks caused by pandemic aid packages, and significant disruptions in the supply chain caused by sanctions, the war with Ukraine, has led to the disruption of long-standing trade ties, panic and uncertainty in the future.

Inflation is the result of a loss of trust in an asset that will be able to maintain its value for a long period of time.

It is now wise to exercise caution when it comes to crypto investing during periods of market turmoil and economic crises.

It is unwise to use crypto as the only tool to protect investments from inflation. But this situation may change as blockchain protocols are developing, and we will see an increase in the adoption and stability of cryptocurrencies as inflation hedges.

These tools have already appeared and are now being actively tested and developed.